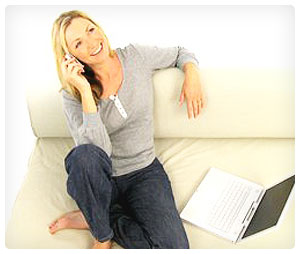 says the mover, after talking to you on the phone for ten minutes or so.

Well, the first thing you’ll want to do is get that verbal estimate into writing.

Why You Don’t Want a Verbal Moving Estimate

Verbal estimates carry little or no weight. If you end up disputing your moving price later (say, because the mover charges you $4,000 instead of $3,000), pointing to a verbal moving estimate is about as weak an argument as you can make.

Movers may argue any of the following when you bring up a verbal moving estimate:

After that, whether justified or not, the moving company may hold onto your stuff awaiting your bill, may refuse to unload it, or may simply send your bill into collections.

To avoid these situations, you want your moving estimate to be written.

How to Get a Written Moving Estimate

There are many type of written moving estimates out there. Some, like an open-ended estimate, aren’t much better than verbal estimates. Others, like binding not-t0-exceed estimates and estimates hardened in contracts, function like final prices. Learn more about moving pricing options and how they incorporate moving estimates by clicking the following links:

To sum up the difference between an estimate and a final price, estimates give you an idea of how much moving will cost. They are not guarantees, though. When you take that estimate and put it in a written contract with the appropriate terms, then it becomes a final, functioning, “binding” price.

What Is a Moving Contract?

What Is a Binding Moving Estimate?