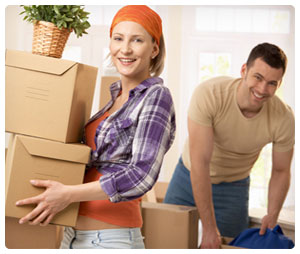 Trying to get a price on moving?

It’s more difficult than you might think. Sure, you can get some free moving quotes at MovingGuru.com, and you should, but that’s just the tip of the iceberg.

There are many different types of moving estimates and agreements. In this article, we explain how moving companies get you that moving estimate and what it actually means.

What Are Moving Estimates?

After you get a moving estimate, it may be used as a basis for a moving agreement, which is discussed below.

The Different Types of Moving Estimates

Whichever moving estimate you get, it’s not a guaranteed price. If you want an actual price, you need to memorialize the estimate in a pricing agreement, i.e. a moving contract. There are many ways to do this, some much better for you than others.

Moving contracts come in many forms. Some are devoid of detail, and, thus, are very easy for a moving company to take advantage of. Others are very concrete agreements that you can depend on.

All of these agreements, unfortunately, are subject to hidden charges and outright scamful activity. Read the next section to learn how to ensure that your price is for real.

A general rule of contracts is to include everything you can think of. The shorter the contract, the more likely it is that you will suffer from ambiguities.

Hidden charges are a common problem in the moving industry. They come about when something happens that wasn’t expected. Here’s a step-by-step example of how they work:

So, how do you avoid hidden charges? By documenting everything in your moving contract. Here’s a breakdown of what to include in your moving agreement.

Also, getting an in-home estimate will help prevent misunderstandings and get you a probable price.

Finally, avoid allowing the moving company to include open-ended language, like “final price subject to change.”

What to Ask Your Movers

What Are Binding Moving Estimates