Moving Guru » Moving Guide » What Is a Military DITY Move?

What Is a Military DITY Move? 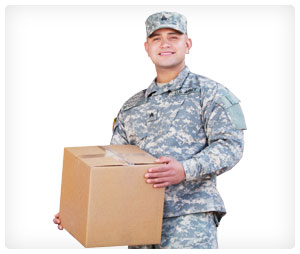 Yeah, earn money, not save it. This is because the way the military has structured its relocation system. If a service member is required to move, the member may choose to let the government move them OR take that money and move on their own.

If they move on their own for cheaper than the government’s rate, they get to keep the cash. This can add up to thousands of dollars in some cases.

Read on to learn the basics of what a military DITY move is.

A DITY move is the same thing as a personally procured transportation move (PPM). The military has officially abandoned using DITY, which stands for “do-it-yourself”, in favor of PPM, but DITY is still a term used by many involved in the process. If you say DITY, nobody will look at you like you’re an idiot.

DITY is a cost-saving program. The military has to pay for your move if they decide to, say, transfer you from military base A to military base B. Not only that, they have to arrange it for you. This can be costly.

To avoid having to do this, the military lets you elect to move yourself, i.e. make a DITY move. Sounds like a raw deal, right? Wrong.

As an incentive, the military will pay you 95% of what it would cost it to move you, called the government constructive cost. So, if you can move yourself for cheap, you’ll end up with cash money in your pocket. That’s the main reason service members decide to make DITY moves.

How Do I Make a DITY Move?

If you decide to take the military up on its offer to make a DITY move, you will have to do everything yourself. This might include:

So, you see, you can hire a moving company by making a DITY move. The military doesn’t care in the least, because they’re saving 5%. But the chances of the moving company being cheaper than the military’s contracted services is slim to none.

The best way to earn money making a DITY move is to do everything yourself, either by renting a moving truck or using your own vehicle.

Learn more about what you need to do when making a DITY move.