Getting Rid of Unwanted Stuff 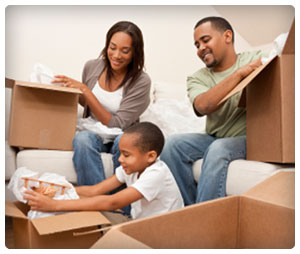 Do you have too much stuff?

There are two reasons to sell your stuff before moving.  First, it can lower the cost of your move.  Second, it can help you get rid of stuff that’s been cluttering your home.

If you want to get rid of some of your stuff, the next step is to figure out how.  Here are your basic options:

Having a yard sale (or garage sale) is a great way to get rid of the things that you don’t want anymore but that are still useful.  Not only will people come to you to take things off your hands, they will pay you for them!

A yard sale involves putting all of the stuff you want to sell out on your driveway or yard, attaching some relatively cheap prices to them, and trying to attract passers-by looking for a diamond in the rough.  While it might seem basic, there are some things you should always consider when having a yard sale.

Putting an ad up on Craigslist or eBay is a good way to get rid of a few possessions for a reasonable price.  Using the Internet exposes you to far more people than putting up a sign outside, and it’s cheaper than putting an ad in the newspaper.  You’ll either have to ship the thing yourself or arrange for a meeting to sell it to a buyer, but you can make a good profit for minimal effort.

Even if you don’t want to be paid for something, putting an ad on Craiglist is a good way to get people to come take stuff off your hands so you don’t have to drive to the dump to throw it away.  For example, you can put an ad out saying “free dresser on the corner of 16th and Waverly” and you’ll probably see it gone sooner than later.

There are many institutions that will take your stuff and give it to those in need.  Get rid of your unwanted stuff while giving it a second life with somebody else.  It’s win-win.

If your stuff is broken or otherwise unusable, it’s time to trash it.  Many things, like clothes, dishes and furniture, can just be tossed into a dumpster.  However, electronics and plastics should be recycled, and medications shouldn’t be thrown away without taking proper precautions so as not to harm people.

Next Step: Prepping and Packing