Moving in the Snow 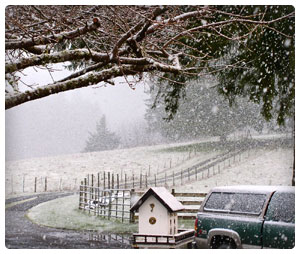 There’s a reason why most moves occur during the summer months. Along with temperatures being more favorable to work in, summer is a great time to move kids so that the school year isn’t disrupted. However, despite our best intentions, sometimes it becomes necessary to relocate during the winter months. There are tons of elements to worry about—rain, hail, and most importantly, snow.

As soon as you start moving boxes indoors, lay out towels or rugs in the entryway so that if you have hardwood floors, there’s no chance of the snow melting and causing a slipping hazard. If you have a carpet, this might also be a good idea—you don’t want it to get wet because it will take upwards of a day to dry on its own.