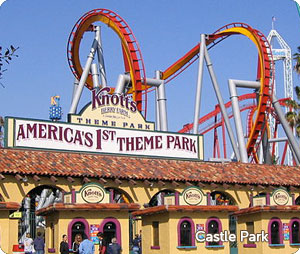 At some point, the Los Angeles metro area must end.  Though development spreads endlessly inland from the beach, most people draw this line at Riverside.   And this is where the Inland Empire, the citrus capital of the world, the hot basin, the affordable L.A., begins.

The Inland Empire – Riverside, San Bernadino and Ontario – is one of the most affordable, sprawling areas in the US.  It exemplifies the suburb, and some would say takes the concept to the extreme.  Culture hasn’t kept pace, and neither have the jobs, or housing prices.  Yet it grows, and grows, and grows.

The Inland Empire begins about 40 miles directly east from the Los Angeles coastline.  Development is mostly located on flat, desert valley floors.  However, the area is very mountainous.  Some mountains reach so high into the air that they are covered in snow for most of the year.

Positives of Moving to Riverside

Weather (kind of) – It stays warm in the Inland Empire, even in the throws of winter.  It’s also a fairly sunny area (though smog can dampen the rays).  Summers can get very hot, but it’s a dry heat.

Home prices – Most people live in the Inland Empire, because home prices are far cheaper than in neighboring LA (and most anywhere else for that matter).  Riverside and San Bernadino have endless neighborhoods of affordable housing.

Agriculture – Riverside was born on the back of the Navel Orange.  The original tree, which every navel orange you have ever eaten descended from, still lives in Riverside.  Other agriculture also thrives in the arid, fertile region, though agriculture in no longer as vital an industry as it once was.

Los Angeles – There’s not much to write home about in the Inland Empire, but LA is just a 20-minute drive away for some residents, and LA has plenty to do, see and eat.

UC Riverside – Riverside is home to the large UC-Riverside campus, which educates nearly 21,000 students each year and helps put the city on the map, so to speak.

Music – Venues in the Inland Empire have nursed a number of before-they-were-big-time music acts, including Frank Zappa, No Doubt, Blink 182 and Rage Against the Machine.  Though some of those venues have since closed, new ones have taken their place.  Residents might be able to catch the new hotness at the likes of the Buffalo Inn, the Vault, and Commonground Soundstage.

Negatives of Moving to Riverside

Sprawl – The American West is well known for its urban sprawls – miles and miles of concrete, strips malls and cul-de-sacs – and the Inland Empire exemplifies it at its most aggressive.  The area has grown so fast that it lacks discernable downtowns and requires driving for almost everything.

Smog – LA gets smog, and much of that smog finds its way into the Inland Empire.  But that’s not to sell the Inland Empire short – it creates its own smog, too, a lot of it, making it one of the worst places in the US for air pollution.

Traffic – It’s estimated that a staggering 1/3 of all Inland Empire residents commute to different cities, mostly LA, for work.  This means debilitating, forehead-on-steering-wheel traffic for most residents.  Some experience daily commutes of four hours.  It’s believed by many to be the worst commute in the nation.